admin November 16, 2022 Red Cross Team Comments Off on The Red Cross wants to diversify its pool of blood donors 2 Views

On Friday, the Red Cross held a blood drive at the St. Raphael Campus of Yale New Haven Hospital. Ahead of the campaign, organizers appealed for more donations from black people to increase blood matches for patients with sickle cell disease.

Collecting blood from racially diverse donor pools is essential to ensure that every patient who needs blood can find a compatible donor.

But only three percent of donors to the American Red Cross, one of the nation’s largest blood suppliers, are black.

Blood donors are overwhelmingly white, accounting for 88% of Red Cross donors, according to Jocelyn Hillard, regional director of communications for the Red Cross. This racial disparity can lead to a dangerous shortage of blood for patients with sickle cell disease.

Both at national and local level, the Red Cross has made efforts to diversify its pool of blood donors. On November 11, the Red Cross held a blood drive at the cafeteria on the St. Raphael Campus of Yale New Haven Hospital.

In the days leading up to the event, the Dwight Central Management team sent out an email promoting the campaign mentioning that the Red Cross “is working specifically to collect blood donations from people of African”.

Sickle cell disease is an inherited blood disorder that affects approximately 100,000 Americans, most of whom are black or Hispanic. The disease causes the hardness and crescent shape of hemoglobin, an oxygen-carrying protein in the blood, obstructing blood flow and causing medical problems including severe pain, infection and organ failure.

According to the Centers for Disease Control and Prevention, one in 365 black children is born with sickle cell disease.

Blood transfusions, which lower the crescent-shaped hemoglobin concentration, are one of the most common treatments for sickle cell disease. According to Dr. Christopher Tormey, professor of laboratory medicine at Yale and director of transfusion and apheresis services at Yale New Haven Hospital, finding a correct blood match for patients with sickle cell disease is especially critical.

Tormey said that if the blood is not matched correctly, a patient with sickle cell disease can form antibodies that act against the antigens in the transfused blood. This can pose serious health threats and limit the type of blood a patient can receive in the future.

According to the Red Cross, one in three black blood donors is compatible with someone with sickle cell disease.

Having a diverse blood supply is “absolutely crucial” to treating patients with sickle cell disease, Tormey told The News. “We couldn’t make these transfusions as safe as possible unless we had an absolutely diverse donor population.”

In New Haven, Hillard said the Red Cross has focused on connecting with community groups, churches and schools to encourage blood donations and organize campaigns in areas accessible to members of the black community. In early 2021, the Red Cross partnered with Michelle’s House, a New Haven nonprofit dedicated to helping patients with sickle cell disease, to host a sickle cell awareness blood drive.

The study also underscored distrust of a health care system that has a history of exploiting black communities through programs such as the Tuskegee Syphilis Study.

In 1941, when the Red Cross launched the National Blood Donor Service, it explicitly excluded black donors. When it began accepting donations from black people the following year, the organization separate blood donations based on race.

The Red Cross did not fully integrate blood donations until the 1950s, and blood segregation policies persisted in Arkansas and Louisiana well into the 1960s and 1970s.

According to Tormey, Yale New Haven Hospital has not had to refuse blood to a patient with sickle cell disease in the past three years. However, the COVID-19 pandemic has caused chronic blood shortages.

“There is, to be quite frank, a constant threat to the blood supply, not so much from infectious diseases, but simply from the inability to recruit donors and get their blood into the blood bank. “, said Tormey.

Tormey encouraged people to donate blood ahead of the holiday season, which typically causes a blood shortage at Yale New Haven Hospital when students and faculty leave campus.

Rich Ziegler, a frequent blood donor who came to the Saint-Raphaël blood drive for his fifth donation of the year, said he heard about Friday’s blood drive through the donation app. the Red Cross.

Efrain Madera, a database technician at Yale New Haven Hospital, said he decided to donate that morning after walking through the cafeteria and seeing the drive.

“I think it’s the right thing to do,” Ziegler said. “Being a patient myself several times for my own operations, I think something like this benefits not only myself but also others.

The next blood drive at the St. Raphael Campus of Yale New Haven Hospital will be Thursday, December 1, from 9 a.m. to 3 p.m.

Previous Ukrainian Armed Forces repelled enemy attacks near ten settlements over the past day
Next Recommendations from the Association of Village Council Chairpersons (AVCP) Typhoon Merbok – The Delta Discovery, Inc. 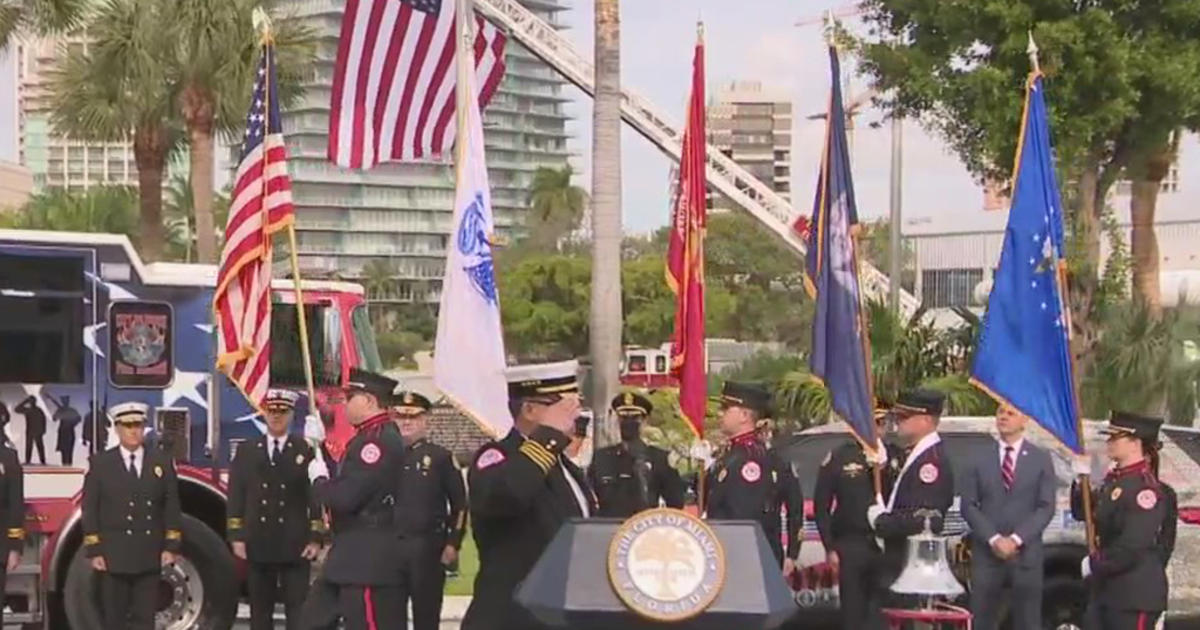 Veterans Day 2022: Here’s how to celebrate

Miami (CBS) – On November 11, Veterans Day is celebrated annually by giving thanks to …