admin May 13, 2022 International Humanitarian Comments Off on What to know about North Korea’s ‘explosive’ COVID-19 outbreak 7 Views 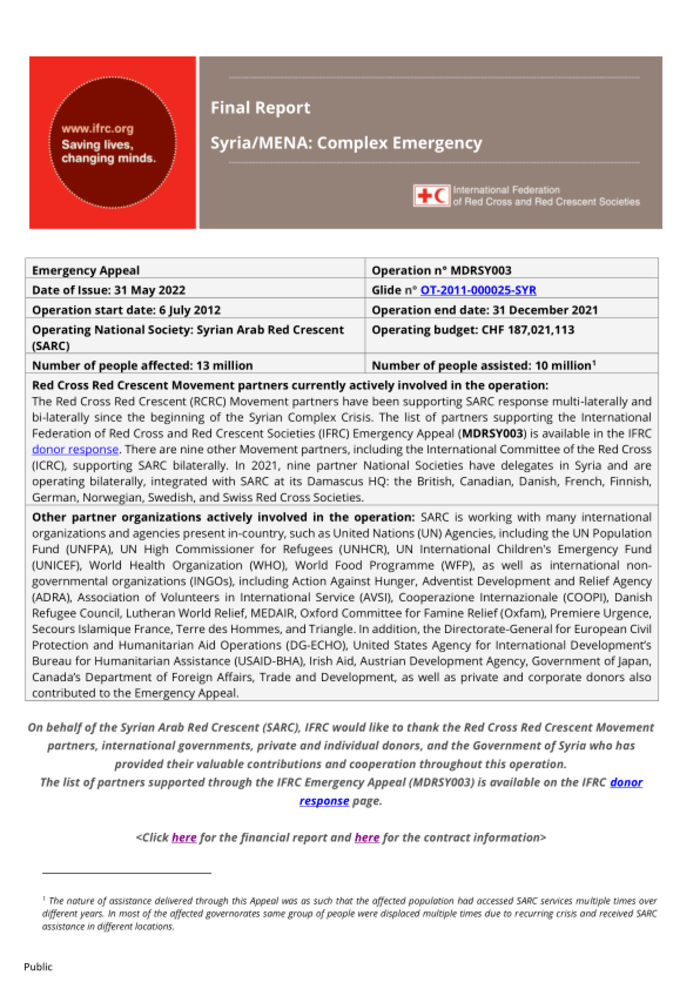 NOTNorth Korea went public with its first “explosive” outbreak of COVID-19 on Friday, reporting six deaths and raising concerns about the hermit state’s defenses against the coronavirus after two years of claiming to have staved off infections.

The state-run Korea Central News Agency (KCNA) reports that one of the six people who died had tested positive for Omicron’s BA.2 subvariant.

Up to 187,000 North Koreans are now said to be ‘isolated and treated’ after some 18,000 developed fever on Thursday. KCNA adds that a fever “whose cause could not be identified has spread explosively” since late April, appearing in some 350,000 people. It says leader Kim Jong Un visited “the state headquarters for emergency epidemic prevention” on May 12 and “learned about the nationwide spread of COVID-19.”

According to the Yonhap news agency, South Korea plans to donate COVID-19 vaccines to the North. “We will have discussions with the North Korean side on the details,” a spokesman for President Yoon Suk-yeol told the agency.

Read more: China doubles zero-COVID in the face of its worst COVID-19 outbreak since Wuhan

Until today, North Korea was among a handful of countries, including Turkmenistan and Tuvalu, that have not reported any cases of COVID-19. Its borders have been closed since the start of the pandemic in early 2020.

The country is also believed to have failed to administer COVID-19 vaccines to its 25 million people, having refused COVID-19 vaccines from the global COVAX vaccine-sharing program. In February, the WHO-led program cut North Korea’s allocation after millions of doses were discarded last year.

“There is no evidence that North Korea has access to enough vaccines to protect its population from COVID-19. Yet it has rejected millions of doses of AstraZeneca and Sinovac vaccines offered by the WHO-led COVAX program, which requires transparent distribution and monitoring,” said East Asia researcher Boram Jang at Amnesty International.

North Korea shares a border with allied China, which is trying to eradicate infections with a strict zero COVID policy. Beijing said on Thursday it was “ready to do everything” to help Pyongyang fight the outbreak.

North Korean leader Kim Jong-un speaks to officials at the State Headquarters for Emergency Epidemic Prevention in North Korea on May 12, 2022.

How COVID-19 could break North Korea

A COVID-19 outbreak could prove disastrous for North Korea. The country has a poor medical infrastructure; a 2021 index assessing the epidemic and pandemic preparedness of 195 countries ranked North Korea 193rd. Its apparent lack of a vaccination program makes its population more vulnerable to serious infections and death.

Jang says that if North Korea continues to pursue an isolationist strategy, it “could cost many lives” and would be an “unconscionable dereliction” of its duty to citizens. “It is vital that the North Korean government acts now to protect the right to health of one of the world’s populations with the least access to vaccines and one of the most fragile health systems.

According to the KCNA, Kim criticized the spread of the disease in the capital Pyongyang, pointing to a vulnerability in the epidemic prevention system. He also ordered a rapid lockdown and isolation of infected cases, but added that residents should be provided with “all amenities” in their bid to curb the spread of COVID-19, the agency said.

The closure of North Korea’s border for two years has hurt its economy, in addition to sanctions imposed by the United States over the nuclear-armed country’s ballistic missile tests.

But the hermit state may welcome more outside help now. Ahn Kyung-su of the Seoul-based research center dprkhealth.org said North Korea’s announcement signaled its need for international support and that it needed COVID-19 drugs more than of vaccines. “That’s because drugs are much simpler in terms of transport, distribution and management personnel than vaccines.”

But according to Easley, the engagement with Pyongyang will not be easy. According to the professor of international studies: “Even international humanitarian aid has to navigate the political pathologies of Pyongyang”.